What is owned, earned and paid media? And why should it matter to you? 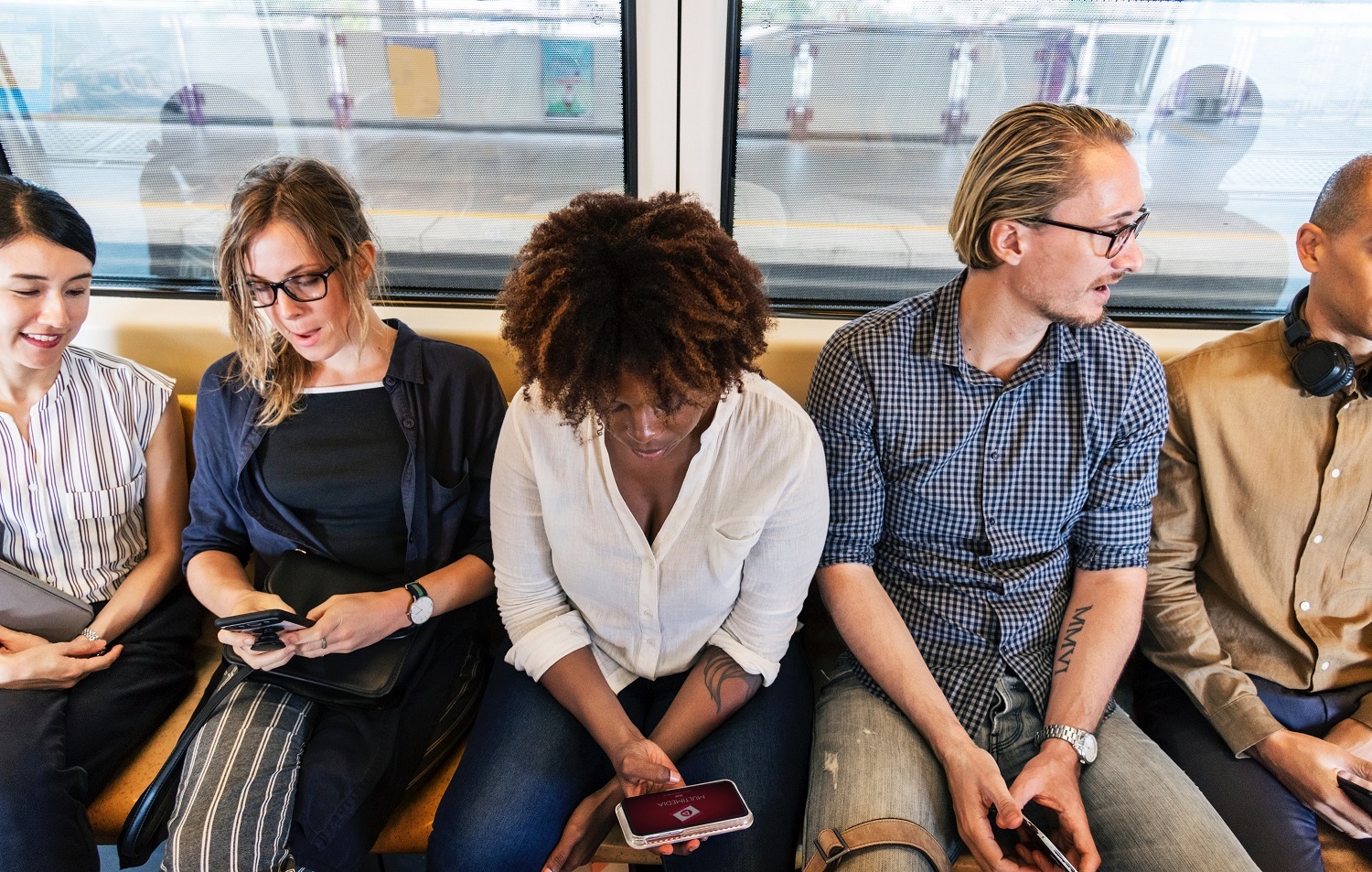 What is owned, earned and paid media? And why should it matter to you?

Hang around digital marketers long enough and you’ll hear them talk about owned, earned and paid media. But what does it really mean? And more importantly, what impact, if any, should it have on your own digital strategy?

Owned media is the digital content you put out organically. And perhaps, most significantly, it’s the content you have full control over.

It’s material that’s unique to your brand and could be anything from your website, your social media channels to your blog posts. They’re all yours and you have control over what’s posted on them. Plus it’s free, in terms of media spend.

And as obvious as it may sound, the more media channels like these that you own, the greater the opportunity you have for increasing your brand awareness. However, this takes time and a great deal of investment to work effectively.

Earned media comes about when you create owned media that resonates with your audience to such an extent that they feel compelled to like it, comment on it or share it.

Imagine, for example, that your business has just been commissioned to make the cake for the next royal wedding. Chances are (once the palace approves you mentioning it!) that you will announce on your website (or blog or social media) that you’ve been chosen to make this important item.  That is your owned media.

There is then an extremely good chance that others (your followers, the press and media etc.) will comment on your posts and share them far and wide. This then turns your owned media into earned media. And should it gain traction and really go viral, the results can be incredible: the holy grail of earned media.

Done well, owned media should result in earned media, thanks to its relevance to your brand following or its wonderfully engaging content.

And it doesn’t matter what kind of content you’re producing (it could be a press release, video, infographic, blog or e-book) – what matters is that the content has to be spot on to spark an interest amongst your followers.

Earned media noticeably doesn’t directly cost you to acquire (otherwise it would be paid media!). It’s a natural result of your producing relevant and engaging content, that someone might, for example, then share with a friend or colleague.

Of course, earned media needn’t just result from a comment on one of your owned channels. It could also be, for example, a glowing review on a third party site for one of your products or services, that has people flocking to your site to see what’s so great. We’ve all seen the power a good (and bad!) review on sites such as TripAdvisor can have on a restaurant or hotel.

And should that reviewer like what they see AND have a large following or the ability to influence a following (i.e. an ‘influencer’) then you can suddenly find yourself overwhelmed with orders thanks to their simple endorsement.

It’s what we all dream of but it rarely happens without a lot of hard work and effort!

Paid media is, as the name suggests, any media that you’ve paid for (don’t forget that there’s a cost, if a little less direct, with producing owned media too).

And it covers a huge area, including display ads, pay per click, paid search, social media ads, re-targeting and paid-for influencers to name just a few.

Paid media is useful for driving earned media as well as directing prospects back to your owned media.

Think for a moment about the Christmas ads war. Every year, the competition increases to produce the most shared and engaged with advert over the festive season. And if it can make you laugh or cry, then so much the better. John Lewis literally spend millions every year chasing your engagement (it’s all about brand rather than direct response).

That’s a great example of media created in with the hope of a good return on earned media, coming from the comments, shares and likes as well as press and media coverage. And who knows, you may even click on a website to find out more about a nightlight that projects stars on the ceiling.

But don’t forget, not only do these brands pay to create the ad, they also pay large amounts to run the campaign across, for example, prime time television advertising slots. With the aim of extending the reach of their owned media and creating more exposure. And that’s the definition of paid media, which brands hope will also generate earned media as a result.

It is worth remembering, for those businesses who haven’t previously invested in paid media or may be wary of doing so: you can have the most brilliant, compelling and engaging owned media in the world, but unless your website has a high SEO ranking or you have great signposts to this content (or ways in which people can find it for themselves) then how are your prospects going to find it?

Facebook, for example, has significantly decreased its organic reach over the last few years to 2% and below. And in time, it’s expected to reach zero (source). So that means less likes, shares and comments on your posts. And as Facebook moves towards becoming more of a paid marketing platform, naturally it is going to incentive its users to pay to get posts seen.

Like it or not, paid media is here to stay and its influence is growing.

Owned, earned and paid media: three sides of a triangle

Although three distinct entities, it is best to think of owned, earned and paid media as three sides of a triangle. Each is integral to your digital marketing strategy and together they form a strong framework for success.

The best strategy is to have all three working together, with consistent messaging, creative and tone. Done well, that way, they will have an amplification effect that gets your content out there far more than if you concentrated on each form in isolation of the others.

What you should aim for in a good digital marketing strategy

A good digital marketing strategy should consider all forms of media but ultimately aim for more (free) earned media by getting your owned and paid media working harder for you.

It doesn’t matter what kind of content you’re producing (it could be a press release, video, infographic, blog or e-book) – what matters is that the content has to be spot on to spark an interest amongst your followers. Content strategy is therefore everything.

The most effective earned media naturally comes from great, original and engaging content. So develop a strategy to make your owned and paid media more engaging with your prospects.

If the very thought of doing this has you worried, then get a great content marketing team to create compelling content that engages your chosen audience for you and will result in higher levels of earned media (Ahem. We can help with this!)

We’ve all seen owned media which makes no effort whatsoever to engage with its audience. A website that focuses on product features rather than benefits. And so guess what? Very few bother to like it. Or share it. Or think better of the brand as a result.

So if, for example, you sell bikes, don’t just put out media about your big bikes, small bikes, red bikes or green bikes. That’s an example of push marketing and its appeal is increasingly limited. Consider instead how owning one of your bikes can make a big difference to the end user. Make them fitter perhaps. Get to work quicker. Create more fun memories with the family. And then actively go and engage those target segments.

As consumers, we want to be courted, entertained and informed. Not just sold to.

Need help with a strategy for your owned, earned or paid media?

For further help with wonderfully engaging content, please contact Paula Alexander at The Content Marketing Team. We would love to come up with a strategy to help you extend the reach of your owned media. 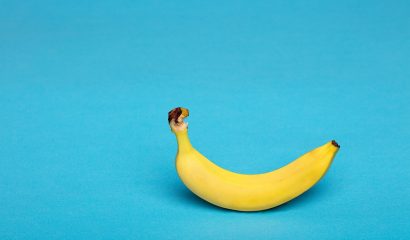 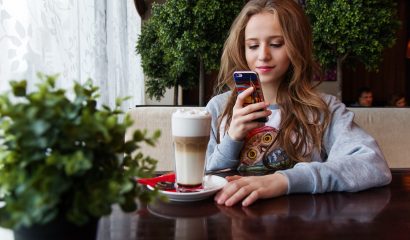 How to use local SEO to give your business a boost

9 tips for making your web content accessible and inclusive

What is orphaned content and how can you fix it?

9 SEO tips that stand the test of time

How to adapt to Google’s 2021 meta title update

What is evergreen content and why should you create it?

Find us on social media

What are you looking for?